Argentina vs Mexico Live Streaming: Where, How to watch FIFA World Cup Qatar 2022 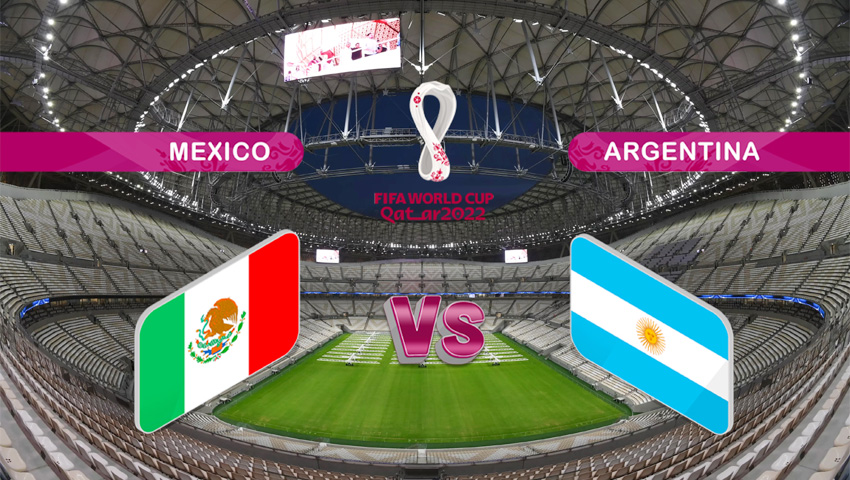 The 22nd edition of the Football World Cup is sitting in the chest of the Arab country Qatar. For the first time in the Middle East, this great football event is taking place. With Qatar in the bosom, this World Cup seemed less attractive than ever.

However, at the beginning of the World Cup, this season of Qatar has accumulated in one incident after another. While Le Albiceleste’s opponent tonight (November 26) is their neighbor Mexico in Latin America. The ‘C’ group match will start at 1 pm Bangladesh time at Lusail Stadium in Qatar.

If they lose in this match, Messi-Di Maria-Martinez will have to cancel their flight tickets to their country early with one match left in the group stage. Saudi Arabia is at the top after 1 match so far in ‘C’ group.

But which no one could have imagined before the start of the World Cup. They are at the top with full 3 points after beating Argentina. And at the bottom is the loser Argentina. Poland and Mexico have drawn themselves with 2 and 3 respectively.

By the way, How to see Argentina vs Mexico match? Every match of World Cup Football 2022 is broadcast live on a total of 3 channels including 1 official TV channel of Bangladesh. If you want to watch Saudi Arabia vs Poland live match on TV then you can watch it on BTV, Gazi TV or T-Sports channel.

How to watch Argentina vs Mexico Live: Apart from television, the game can be watched live with several apps. BDXI TV (Free! Web-based service. Sports can be watched using any browser), CircleNet (BDXI), E-BOX Live (BDXI), Sam Online (BDXI), AmarBD (BDXI), DDN Live (BDXI), Rangdhanu Live (BDXI), Rabbithole Prime (Official, Paid Service). You can also watch today’s game on TV. For that you have to keep an eye on the screens of BTV, Gazi Television and T-Sports

The two-time world champion Argentina realized in the first match of the group stage that the ranking of the teams is not effective on a big stage like the World Cup. Entering the field with the title of hot favorite, they had to lose their first match to Saudi Arabia, a Middle Eastern country.

Lionel Messi’s third-ranked team lost to the 51st-ranked Saudi Arabia and is in danger of playing in the knock-out phase. Messi-Di Maria has no choice but to win the next two matches to advance to the last sixteen. Argentina, who tasted defeat against Saudi Arabia at the Lusail Iconic Stadium in Qatar, will now face Mexico on the same field. Albiceleste will have to leave the field with a win to maintain their dream of reaching the second round of the World Cup in Qatar from ‘C’ group.