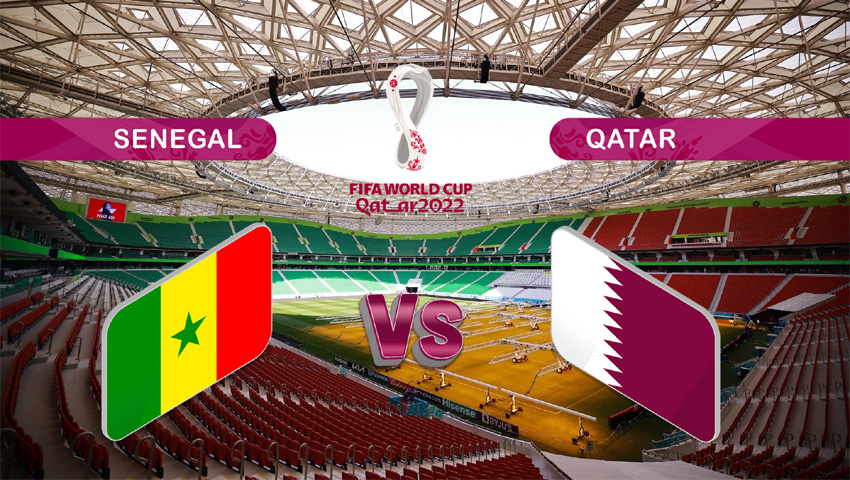 Hosts Qatar and African champions Senegal are going to face each other in the FIFA World Cup Group A match. The match will be held at Al Thumama Stadium at 7 PM. Both teams started this season with defeat.

The goal now is for both teams to come out of the losing circle. Ecuador is the weakest team in the CONMEBOL region qualifiers. The host Qatar did not care about that team in the first match.

After going undefeated in five consecutive matches, Qatar played in a major football tournament for the first time. 2-2 draw with Chile in September. Lost to Guatemala, Honduras, Panama and Albania.

All this has given Qatar additional confidence. However, due to a lack of experience in playing in such a big event in the past, they lost to Ecuador in the first match. Qatar became the first host country in World Cup history to start the tournament with a defeat in their opening match.

How can you watch Qatar vs Senegal match live online?

World Cup games can be watched online through Rabbithole mobile app. In that case, there is a subscription fee. However, the game will be available on Toffee App and Toffee website for free. You can Click Here for watch.

Banglalink has got the rights to the Qatar World Cup as a mobile broadcaster. Through a sub-licensing agreement, the Toffee app and the Toffee website will show live World Cup football matches completely free of charge.

How to watch Qatar vs Senegal Live: Apart from television, the game can be watched live with several apps. BDXI TV (Free! Web-based service. Sports can be watched using any browser), CircleNet (BDXI), E-BOX Live (BDXI), Sam Online (BDXI), AmarBD (BDXI), DDN Live (BDXI), Rangdhanu Live (BDXI), Rabbithole Prime (Official, Paid Service). You can also watch today’s game on TV. For that you have to keep an eye on the screens of BTV, Gazi Television and T-Sports