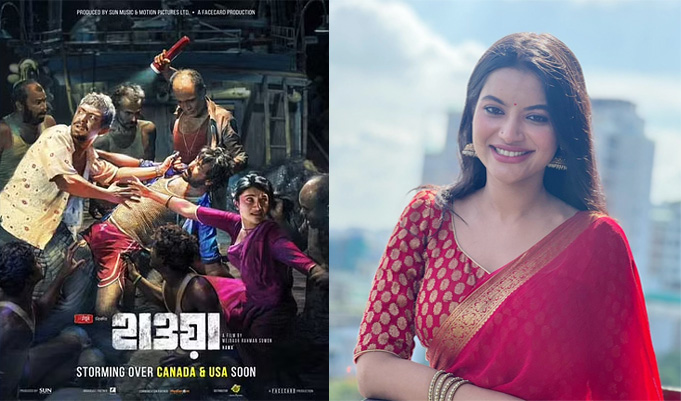 Bangladeshi movie Hawa is getting success at the box office of the United States as well across the borders of the country, the distribution company said that the movie has earned 2.5 million taka in America and Canada in four days. Sajeev Saptak, president of Swapna Scarecrow, the film’s international distributor, said this in a Facebook post on Wednesday.

He wrote there by calculating the ticket sales of various multiplexes in America and Canada, “After four days of release in North America, Hawa earned 2 lakh 13 thousand 461 dollars from America and Canada.” Along with that, Hawa has reached the 27th position in the list of the best in the US top chart, according to Saptak.

He wrote, “Hawa” became the first movie from Bangladesh to enter the US top chart! Yes, you read that right. With the strength of the business, our movie has entered the number one top chart of the world. Even in the top 30! “Sounds pretty incredible, doesn’t it? It took me a long time to believe. But, this incident happened. A movie in Bangladesh has caused this incident.”

The president of Swapna Scarecrow wrote that 25 thousand 444 people have seen the air so far. Among them, 9 thousand 930 people saw it in Canada, 15 thousand 514 people saw it in the United States. You can understand how huge this number is in terms of Bangladeshi cinema when you compare it with the highest-grossing Bangladeshi movie ‘Devi’ at the North American box office to date.

“The lifetime gross box office income of ‘Devi’ released in 2018 was 1 lakh 25 thousand 414 dollars. The total revenue of ‘Devi’ has surpassed that of ‘Hawa’ in just three days. The three-day income of ‘Hawa’ is 1 lakh 59 thousand 752 dollars.”